No one will argue against the notion that Apple ‘s iPad revolutionized the tablet. Sure, it has existed before in other mediums, but no one has been able to perfect the business model and practicality of the tablet market until this bad boy arrived. Soon after, the other manufacturers began to create their own version of the tablet, and brought to life by the Android operating system. Android may not admit to it, but they were able to capitalize on what to do right in the tablet space, by looking at the things that the iPad did right.

The best thing about the rivalry between Apple ‘s iPad and Android ‘s tablet horde, is the proliferation of innovation by making sure they try to outshine each other. Apple just recently announced the many changes that they have planned for the iOS6 and its advantages for the iPad line. Will these changes be groundbreaking for you or will this be another ‘meh’ moment? 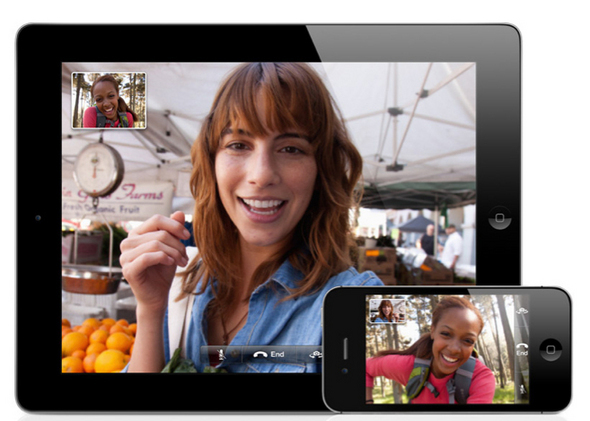 One of the most notable changes in the new iOS6 is the ability of iPhones to finally use Facetime over the cellular network. This ability also extends to the iPad line. If you were to look into the forums, this function has been greatly requested by a lot a of people. They just don’t see the point of video calling on a mobile device while being chained to a Wi-fi service. It’s a great thing that Apple finally saw this, too.

The rumored Apple version of Maps for both the iPhone and iPad has now officially been released as well. This seeks to beat Google at their own game, while adding their own flavor to the fray. Siri is making a comeback and an entrance to the iPad niche, and she now knows better how to get you to places. Android can’t tout anymore that they are the only device that provides an integrated turn by turn navigation. I can almost feel the heat of the flame wars regarding “patents” and “copying” from each other. While the Maps software is refreshing to finally have on a Apple device, they may want to reconsider their stand against copying ideas. Not everything is as detailed as Google’s extensive database yet, but that can follow with the next update. Rome was not built in a single conquest after all. Needless to say, having a huge-ass GPS system with you all the time is something worth looking at, especially with the new iPad’s retina display.

Android tablets pride themselves with being a powerful device, worthy of replacing your laptop. They have a full powered browser that is not as limited and closed off as the Safari browser in iOS. That may soon change, as Safari’s interaction to the web becomes more advanced, allowing easier uploads of photos and videos directly from the browser. There is still no flash player, mind you, so that full desktop experience is still quite far off compared to Android tablets. Still, they are addressing an issue, which is a wink to the right direction.

Have you ever seen those Sci-fi films where you are able to throw work into different screens for easier management? Desktop PC’s are able to do that to an extent by generating extended desktops across screens. This would of course mean that there is only one CPU and a bunch of monitors connected to it.

What people are hoping for, are scenarios where different individual devices are able to share a single job, or display a part of the whole while working together. This would be a real world equivalent to a large table full of paperwork, and several people working on that table. The iPad would serve as you

r workspace, and transferring work from one side of the ‘table’ to the other would become seamless or simply easy. No, this is not the reality that iOS6 will bring out, but its a start.

Overall, the ‘innovations’ of the iOS6 would seem like an answer to people’s complaints, save for the Maps. Siri has been around, they simply ported her over to a larger screen, and Facetime has been requested for quite some time now. At least, people will stay happy with their chosen device because it did more of what they requested, with shiny new versions of what they previously had. Sad to say that this year’s release doesn’t really bring something incredibly innovative unlike the previous years. Instead, they look like they ‘copied’ more than ‘innovated’ this year. Regardless, it’s an update worth looking out for.