Xiaomi is back at it with iPhone clones, this time with its latest flagship phone, the Mi 8 handset. 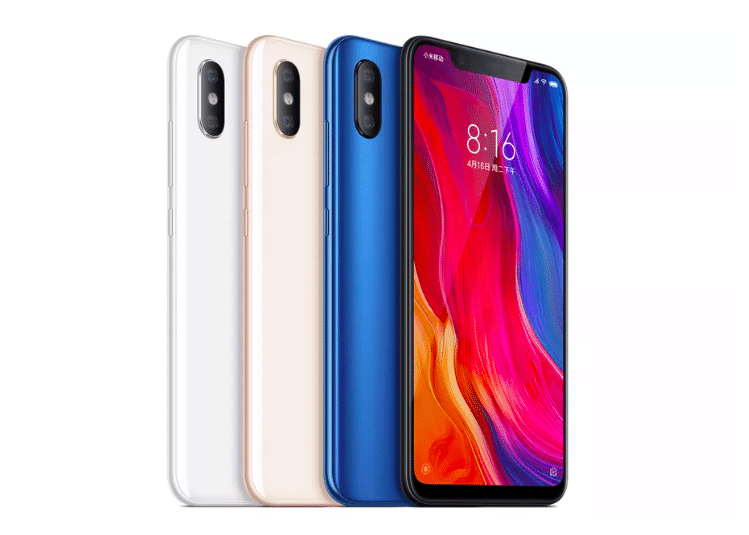 There was no shortage of information on the Mi 8 leading up to its unveiling. And now the Chinese smartphone maker has finally officially announced the handphone along with two others.

While it’s very VERY difficult not to see how physically similar the Mi 8 is to the iPhone X, it also boasts some impressive qualities on its own.

Xiaomi’s flagship phone has a notch and rear camera positioning that’s almost indistinguishable from Apple’s. The Mi 8 also has a face unlock feature and a fingerprint scanner located on the rear of the phone.

And don’t forget the 3D AR emojis very similar to Apple’s Animojis! Xiaomi calls them Mi Meng and are able to capture up to 52 facial muscle movements.

As previously rumoured, the phone does actually run on a Qualcomm Snapdragon 845 processor. It sports a 12-megapixel dual camera on the rear and a 20-megapixel front-facing camera. Additionally, it has a 6.12-inch Samsung OLED screen with the notch for the infrared camera and infrared illuminator for face unlock.

Xiaomi also unveiled the Mi 8 SE, the entry-level version of its flagship phone. It runs on Qualcomm’s Snapdragon 710 chip and has a 5.88-inch Samsung AMOLED display.

Lastly, but definitely not the least, is the Mi 8 Explorer Edition. This is a step up from the Mi 8, offering three world’s first features. The phone comes with the first ever pressure sensitive in-screen fingerprint scanner. It also features 3D face unlock, a first for any Android phone. The Explorer Edition will also come with a transparent back panel, also a first of its kind.

Both the Mi 8 and the Mi 8 SE will start shipping in China this month for $420 and $280 respectively. The Explorer Edition will cost $575 but we will have to wait for the announcement on its availability.