There are some users that are simply pissed off at Microsoft and Nokia right now. Early adopters may just develop a phobia to the whole mess.

Nokia was quite in a hurry to get back on its feet after partnering with Microsoft to make Windows Mobile devices.

The Lumia series was supposed to be the start of something new for them, a way to get back on track and sell phones that people want.

Many were reluctant about the partnership. In fact, many were reluctant solely with the new Windows 8 that is supposed to be coming out soon. Despite that fact, there are those who jumped the gun and went ahead with their hopes soaring high that Windows won’t bite them in the butt.

The Lumia 900 in particular is a very new phone. It’s practically in its diapers. Nokia, in its hurry to gain more money and have people bite into the Nokia-

Windows partnership, has released a phone so close to the release of the Windows 8 mobile platform. Their biggest mistake was making this phone simply incapable of advancing to Windows 8.

That’s right, in the recent keynote, Microsoft said that the previous generation of Windows phones will not be upgradable to the Windows 8 OS. They say it is because of the hardware not being ready for the new Windows 8 OS.

Nokia made some users jump the gun and buy a new phone for 2012, hoping that this new phone will introduce them properly to the Windows mobile platform and then be able to move on to Windows 8 as soon as it is available. You would think that in this recent partnership, Nokia at least knew some details on the Windows 8 OS that they will soon be branding out to users. To release a brand new phone in the same year and make sure that it will be outdated in less than a few months has put a lot of early adopters in an uproar.

The Lumia has gained a lot of negative criticism, due to some early bugs at release. People were still trying to give it a chance. People felt that ‘this is a spanking new phone; no way support will drop so soon’. While Microsoft is indeed planning to release a Windows 7.8 , which will port the look and feel of Windows mobile 8 to Windows Mobile 7, it will not provide nearly the same functionality as the new phones that will come out pretty soon from Nokia.

Lumia 900 was too early in the year. Too early to adapt, and too early a release. For those who have jumped the gun and got one, it would be the phone that would scare them away from Nokia’s business practices. A bad start and an untimely miserable death marked the life of the Lumia 900. 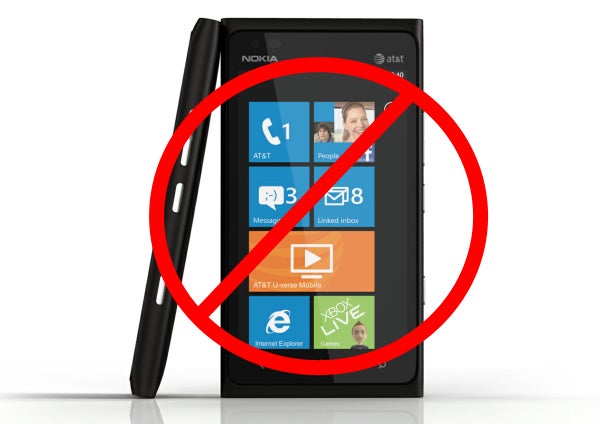 Have you been scorned by Nokia? Will you still be getting a Windows phone from them despite the bad rap? It depends really. Late adopters seem to still want to give it a shot, but will probably wait it out a bit more, in case something like this drops on us again. Nokia needs to make it up to the upset customers. They are already lacking in fan base. Losing more is just hurting their plans to get back into the game.