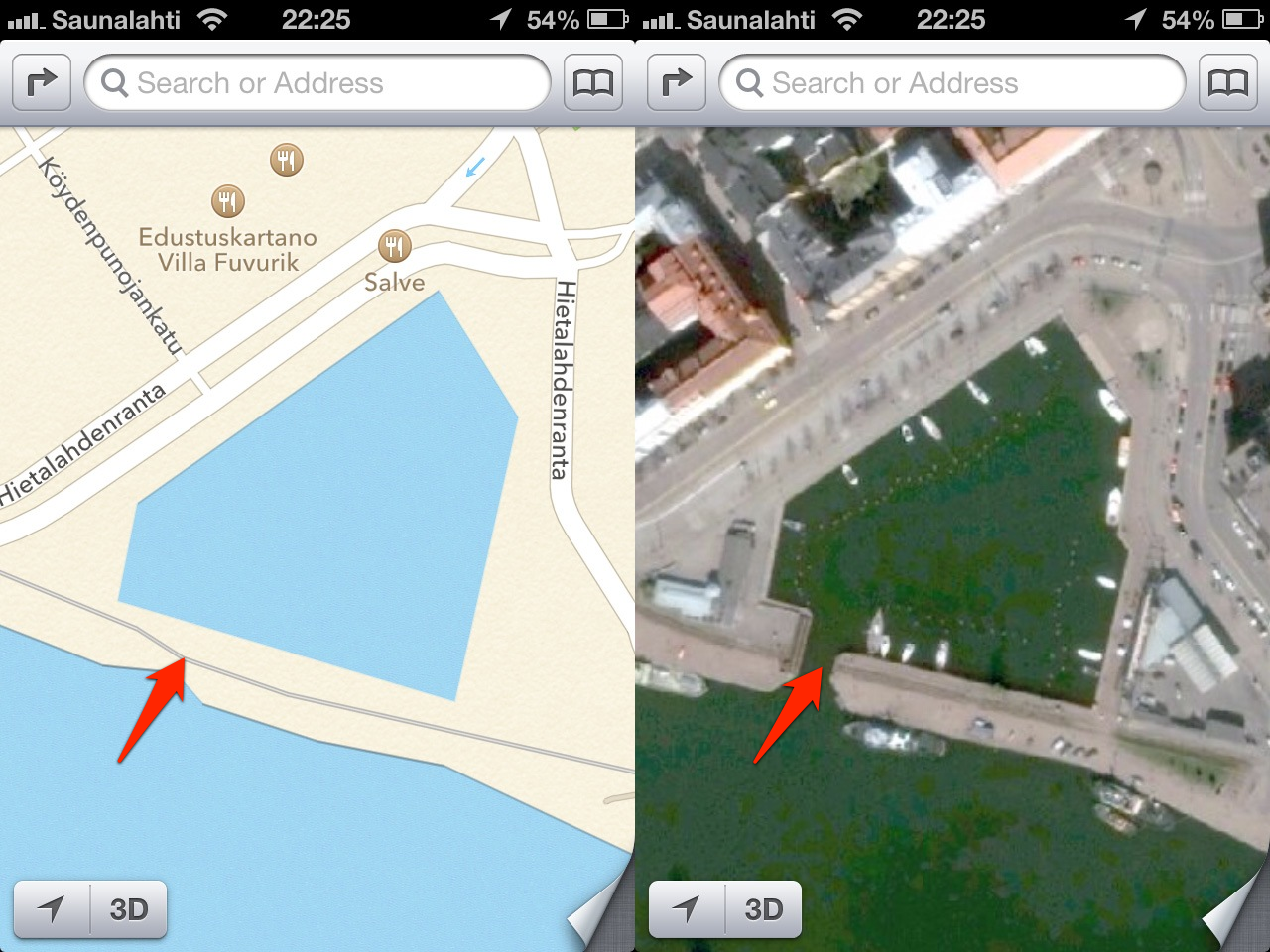 When people rant online that Apple is dead because its visionary leader, Steve Jobs, is gone, I am more inclined to agree, the more I see the iPhone 5. It looks like the iPhone 5 is a severely flawed product, which proves superior in benchmarks, but inferior in build quality.

Some say that Apple has their days numbered. They may be right. The lack of innovation and the starved attack by litigation seems to show how Apple is running out of ideas. The new iPhone 5 is like an iPhone 4 but stretched upward, thereby making it thinner and taller. I don’t wish to bash Apple and their brain child. They really revolutionized the smartphone world. Only a fool won’t admit that. The only problem is, they seem to have stopped there, but still claim to be the best in the world. They’re pretty arrogant about it, too.

Apple seems to take pride in patting themselves too much in the back and lying through their teeth. Granted, their new Apple Maps are certainly the most beautiful I have seen for certain cities that support the Flyover effect. It certainly is a lot of eye candy. The problem is Apple once again prioritized form over function in their iOS maps. After all, you view the world from the ground up, not from the air, unless you live the life of a pilot, which I am sure does not account for more than 1% of the iPhone loving population. I would take street view any day over useless eye candy. The new iOS maps have already been proven by the internet as a huge failure at launch. It misplaces, misspells, and distorts a lot of locations in the world.

Sure, the new iOS maps have turn by turn navigation, which they didn’t allow Google to port on the previous iOS maps. Still, the new navigation software is likely to ask you to jump off a bridge like what their new app icon suggests. The new icon is another flaw in design, which would never have happened if the perfectionist Steve Jobs was still around.

When it comes to the new features of iOS, the slogan “it just works” no longer applies. Apple has shown that they are all bark when it comes to their “most attractive features” such as the initial release of Siri and the now, the initial release of the new iOS Maps. There are certainly a lot of features in iOS that still work, like their panoramic mode and Air Play, but their leading features sure need some work.

Apple has taken pride in their goal to “marry” hardware and software. It looks like there is a lot of work to be done with software these days, but their hardware has also take a turn for the worse.

Previously, your main worry about the iPhone 4 was that it was built with glass on both the front and the back. Shattering is fairly common and easy to happen. It was so bad, that the iPhone 4 almost always had to have a bumper or case just so that it could maintain a sense of security from faulty handling or mishaps.

With the move to an Aluminum backing and minimum glass, which just covers the upper and lower portion of the phone’s back, you have two things to worry about. One is that the glass can still shatter. The other is that Aluminum is a fairly soft and easy to scratch material. It certainly looks like Apple’s new iPhone will be both a smash and scratch magnet. It is so easy to damage that the new iPhone 5 came out of the box with scratches and damage already present. Several users even saw how easy it was to peel off the color from the black iPhone 5 with just normal use.

As of this writing, 36.18% of users in a poll being conducted by Macrumors indicate that their shiny new iPhone came with a bit of scuffing, while 9.73% said their device was easily scuffed early after unboxing the unit.

The definition of “premium” may vary from person to person, but for such an expensive device, and this easy to wear down, coupled with lack of vision and quality of the software, it makes you think that Apple is no longer the premium smartphone provider they market themselves to be.

What’s your take on the matter?