What could you do with $22.5 Million? One can have a house built, get a great car, and pretty much lay down the groundwork for the rest of their days or more. Google will just have to make do without it. At a time where money is a huge concern to the common folk, an amount like this certainly would make some eyes pop.

Privacy is a huge concern for the denizens of the internet. There are many reports and news opportunities that talk about people’s outcry, regarding the privacy policies of many internet services. People just want to feel secure that their identity and information are secure while they enjoy the many services that they employ. Sadly, in many cases, these privacy issues are unwarranted, or the own fault of the users. There are privacy options and agreements that they have agreed to and set up, which they could have changed to keep such “privacy”. Yet, there are those privacy issues that people are not aware of, something that now, Google might have to pay for.

“Do no evil” is a rather infamous slogan that Google puts out in some of their press statements, often when they are scrutinizing other companies who perform rather questionable practices. Sadly, following your own advice is often the hardest, as is the case with the Search Giant. They have been riddled with several privacy related concerns for the past couple of months. One of the most notable ones is the issue with taking street view data using spy planes. This issue though, worth a whopping $22.5 Million, just affects Safari users.

In an effort to include the +1 function for users of the Safari, they have modified some settings. While Google claims that it is inadvertent, this change in setting included an added effect of allowing Google and its partners to circumvent the Safari Privacy features, thereby allowing them to monitor browser usage. This was done by injecting a code through a cookie, which allowed them to change some of the Safari settings. For this discovery, we offer thanks to a grad student named Jonathan Mayer.

Google has apparently been informed of the discovery and quickly acted to remove the cookie from Safari, as well as returning the settings back to the way they were before. The damage could not be undone nor covered up, which led to a case with the FTC. There are reports that if Google is to be found guilty, they would be fine a settlement fee of $22.5 Million. 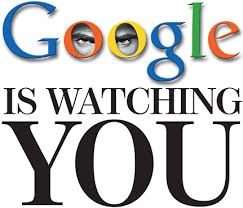 Would you say that the breach to your privacy is worth that much? The FTC seems to think so, but for Google, this will hardly be a dent in their pocket. Google in the past year has earned up to $26.68 Million in a day. I would say that this is just pocket money for them. Still, they are not out of the deep yet. The EU Commission is looking into it as well. If their policies are found to have been broken, Google may have to lose more than their lunch money. It certainly is hard to believe how Google can even sport a slogan like “Do no evil”. Every company is out for money, and will do whatever they can to stay on top.