The new Android OS 4.1 a.k.a. Jelly Bean is now here! Announced along with the release of the Nexus 7 tablet, Google has a lot in store for all Android fans. The bump in the version number is not too high. Think of it as a Froyo to Gingerbread update. Still, the stuff added in the new release is nothing to scoff at. It may not be a whole new OS, like the jump from Gingerbread to Ice Cream Sandwich, but certainly a lot of new features to make your Smartphone even Smarter. So what new things will you be rocking with the new release of Android update? Read on to find out!

Jelly beans as smooth as butter

The new Android OS Jelly Bean features an oddly named software called “Project butter“. According to the presentation, it increases the video and animation rate and smoothness, by at least 3 times. This makes your navigation and usage of the Smartphone even more seamless and beautiful. It shows a significant optimization of hardware capabilities. This may be the day that iOS fans can no longer tout that they have the most fluid interface. We are now moving as smooth as butter.

Jelly Bean introduces smarter widget management. Previous generation of Android has allowed resizing of widgets. Normally, when you need to move widgets, you have to create a new screen to resize it for the space that you will put it into. If it is too big, you simply cannot move it in a screen without ample space. This all changes with the Android update, as widgets can now automatically shrink to fit any available space on the new screen. While it may not be as big a feature as many would think, Google really wants to make sure that home screen management is as fluid as we need it to be. After all, that is one of the most defining features of Android.

Flick the beans away

If I don’t want it, I shouldn’t have to drag it. Flick to remove has evolved beyond the drop down bar now. Photos, apps and widgets can now be cleared away as easy as one flick. While it is yet unknown what other items you could easily flick away in the OS, I’m sure Google has left us with a few surprises to explore.

The right bean at the right time

Jelly bean includes a project out of Google labs. Google Now is a project that allows your phone to be that dotting portable assistant that you’ve always wanted to have. By using data that you yourself provide in a number of Google services that you have signed up to, Google Now can provide information relevant to your location and time of day. Say for example, you are currently located at a bus stop; Google now will notify you what time the bus will arrive without input from you. If your calendar says you have a flight at say, 9am, it will calculate the distance from your current location and how long it will take to complete the journey to the airport. It will then notify you when you really need to catch the road before you get late. This is independent of any alarms that you set yourself.  Google now knows how to work for you to provide what you need at the right time.

Take a shot of your Jelly beans

The new Android update now features a new camera app that allows you to easily view your previous shots in just a swipe away. There is a new animation with every shot, which adds to the beauty and fluidity of the operating system. Everything feels very animated. You can also view your photos in a “film strip”, so that you can easily browse through hundreds of photos you plan to take. Everything looks beautiful and so easy to share.

Get a piece of the bean, not the whole jar

Previous Android versions would insist in downloading the whole APK or file of the application every time you need to update it. With Jelly Bean, you can now save on data charges, because the apps are now updated in increments. That means that it will only update part of the code of the application that was changed or only download what was added to the whole. This may effectively reduce download times and data usage by about 30%.

Maps have been increasingly in the news lately, and the new release of Android update will certainly not disappoint you in this area. Maps can now be viewed completely offline, and provide an improved 3D view of your location and your destination. Navigating the world just got even more fun! If you plan on searching the web instead of the real world, Google has also revamped the search function. Now it puts greater emphasis on context while providing the best results. 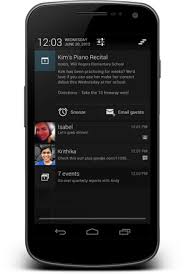 More beans in your jar

Can you say Jelly Bean?

Input options also get a face lift. This Android update now features a better text prediction keyboard app that looks similar to Swift Key’s offering. Voice commands and voice input are now more responsive, and can now be done offline! Yes! No more data charges for simply talking to your phone! Google demonstrates how well the engine works even in flight mode.

There are certainly plenty of colors of beans to enjoy, as you glide though the new OS. When your phone will get it,  it is still anyone’s guess. For now, you can drool at these features through your emulators or through the nearest store that will sell the Nexus 7. Android continues to improve and bring us the quality OS that we have all dreamed of.